Interview with Attila Csihar on aliens, the Galactic Federation, space exploration, and AI 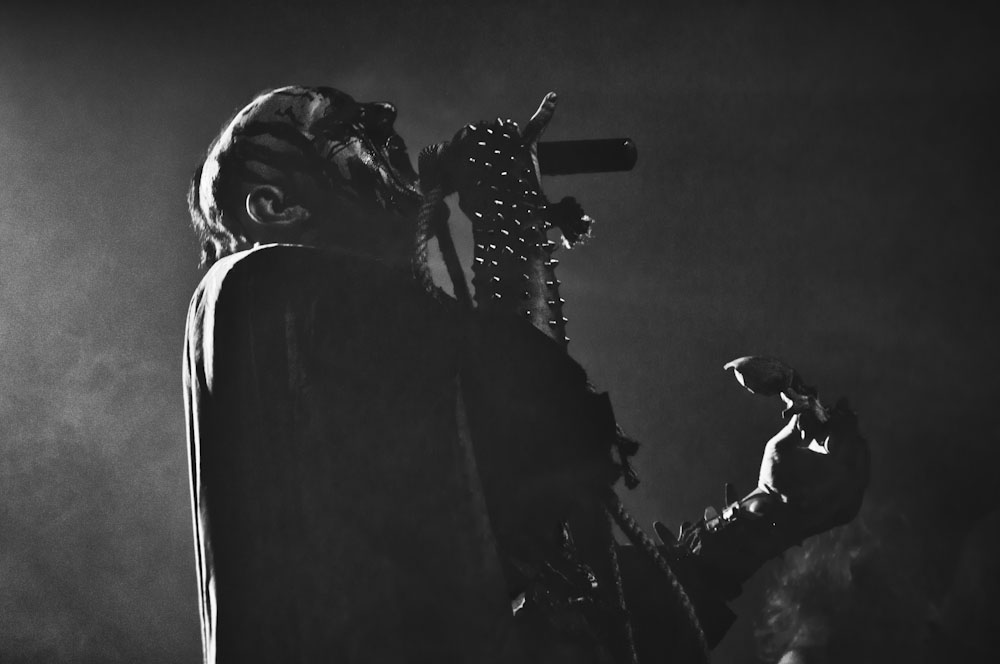 This is a transcript of an audio interview that took place on December 10, 2020.

Hi, Attila, can you please tell me more about you?

‍Hi, and thank you very much for the interview. My name is Attila Csihar and I'm the vocalist of the band called Mayhem from Norway and a bunch of other projects like Tormentor, Plasma Pool - my electro band, and Void ov Voices, my solo act.

I've been an experimental and metal musician since '85 and I had a lot of projects and bands. So I just named a few of the most important ones.

I also played with a band called Sunn O))) from the US where I am the vocalist -- as of course, I'm a vocalist.


Thank you. So I want to ask you a few more questions. Do you believe in aliens?

That's a great question. I think I do. But I never had a direct contact with them. Actually, my ex was abducted. She was strongly believing in them and I think what we perceive from this cosmos and from the reality is a really, really tiny fraction of what is out there actually. Like, we can see this very tiny spectrum, part of the spectrum from the electromagnetic waveforms, which is like everything, basically. So I think it could be anything, anywhere.
‍
So for me, aliens, not just like out in the space, but they are around us, they could be around us too. In other dimensions like, in the middle ages, people are talking about demons and angels. They in a way, I think they are aliens, too. And I have contacts with death, those kind of beings but more mentally and psychically but I have never seen a typical alien spaceship going around in the sky.

However, I saw some very strange sights here or there in my life, which I couldn't explain what they were. But it was looked like more like a big light ball in front of me once, you know, which was really there. And I still have no explanation what it could be.

Well, I also believe the planets have this spiritual energy. So I'm kind of spaced out, so to say.


What do you think about the Galactic Federation?

I could imagine they exist. I don't know much about them. I read about it. Of course, if the cosmos exists, like they describe, and I say if because I don't know if it's true that there are these billions of light years, you know, but for sure in the sky can see this billions of stars. They said that billions of galaxies which  also contain billions of stars. So if we believe in that science, which is of course theoretical physics still, then I can imagine that there are so many alien worlds and maybe there is a Galactic Federation, which a bit feels like a Star Wars fantasy, but I can imagine it. In a way, I believe, I know that there are other planets and there are other beings there. And in other dimensions too, that I know for sure.

But I don't know about the Galactic Federation... exactly, like that, you know. It’s hard to answer. I can imagine. I believe in them one way, but I never had any contact with them. So far. You know what I mean?


Do you think we should expand into space or explore it?


Final question for you is, AI: utopia or dystopia?

AI is reality, I think now, it's not utopia at all. I mean, even this phone has AI, which I'm using now. I think it's a very interesting and very great thing, and very advanced. It can be used, like everything else, both ways. You know, you can use it for good or bad, bad purposes and reasons.

But the AI is definitely a new thing which exists, and it's already around us.

I think it could be great. Like, an artificial intelligence could help us and mankind in so many ways, but it can be also dangerous. So, we really have to know the way we use it, and if we use it the right way, it's a great thing.


Thank you for your time today. That's all the questions I have. Are there any other final statements or comments you would like to make?

Yes, I'm really looking forward this event and it's gonna be my first online show ever. I hope lots of people will join us and will enjoy it. I really love your project and everything.

Also, I'm big fan of cryptocurrencies, I think they are a very important part of the future that could save us from being in the hands of, you know, some other powers. It means a lot of freedom.

So I think this whole project we are working on is really great. Thank you for inviting me. I very much appreciate to be part of it.